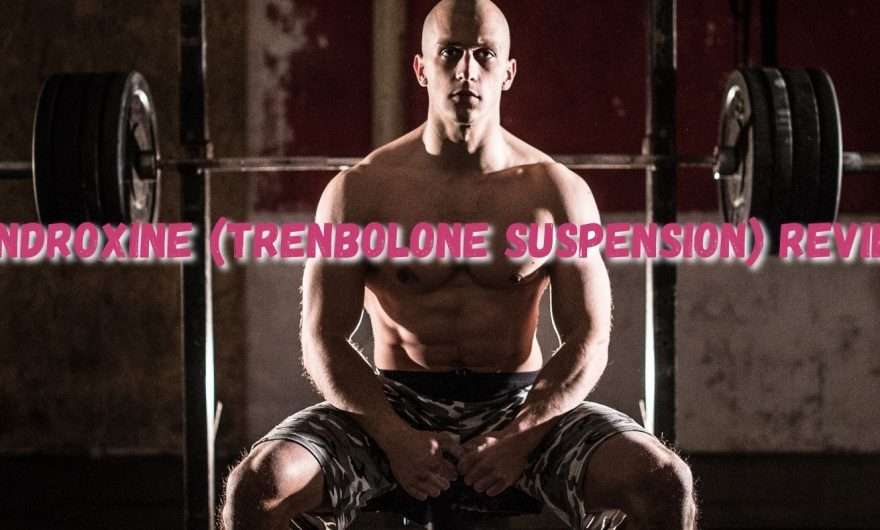 Androxine, manufactured by Alpha Pharma, contains the active substance Trenbolone Suspension, which is a modified version of the Nandrolone molecule.  It is characterized by the introduction of a double bond between carbons 9 and 11 that inhibits the effects of aromatase, and therefore protects the steroid from converting into estrogens.  The described changes completely neutralize the possibility of aromatization in Trenbolone in contrast to Nandrolone (which, though slowly, but is capable of conversion).  The 11-12 bond additionally increases its cohesiveness with androgen receptors. Trenbolone is a more active androgen and shotgun all the anabolic than Nandrolone. The molecular formula of pure trenbolone is the following – while it is C18H22O2 molecular weight is 270,38.  The specificity of Androxine is that in the drug there is no ether attached to the molecule that prolongs the release time of the drug and if in 100 mg of Trenbolone Enanthate 28 of them occupies the ether mass, then in 100 mg of Trenbolone Suspension there will be exactly 100 mg (in the event that the manufacturer does not deceive its customers), thus the action of the steroid will be rapid and its concentration in the blood will increase avalanche-like. 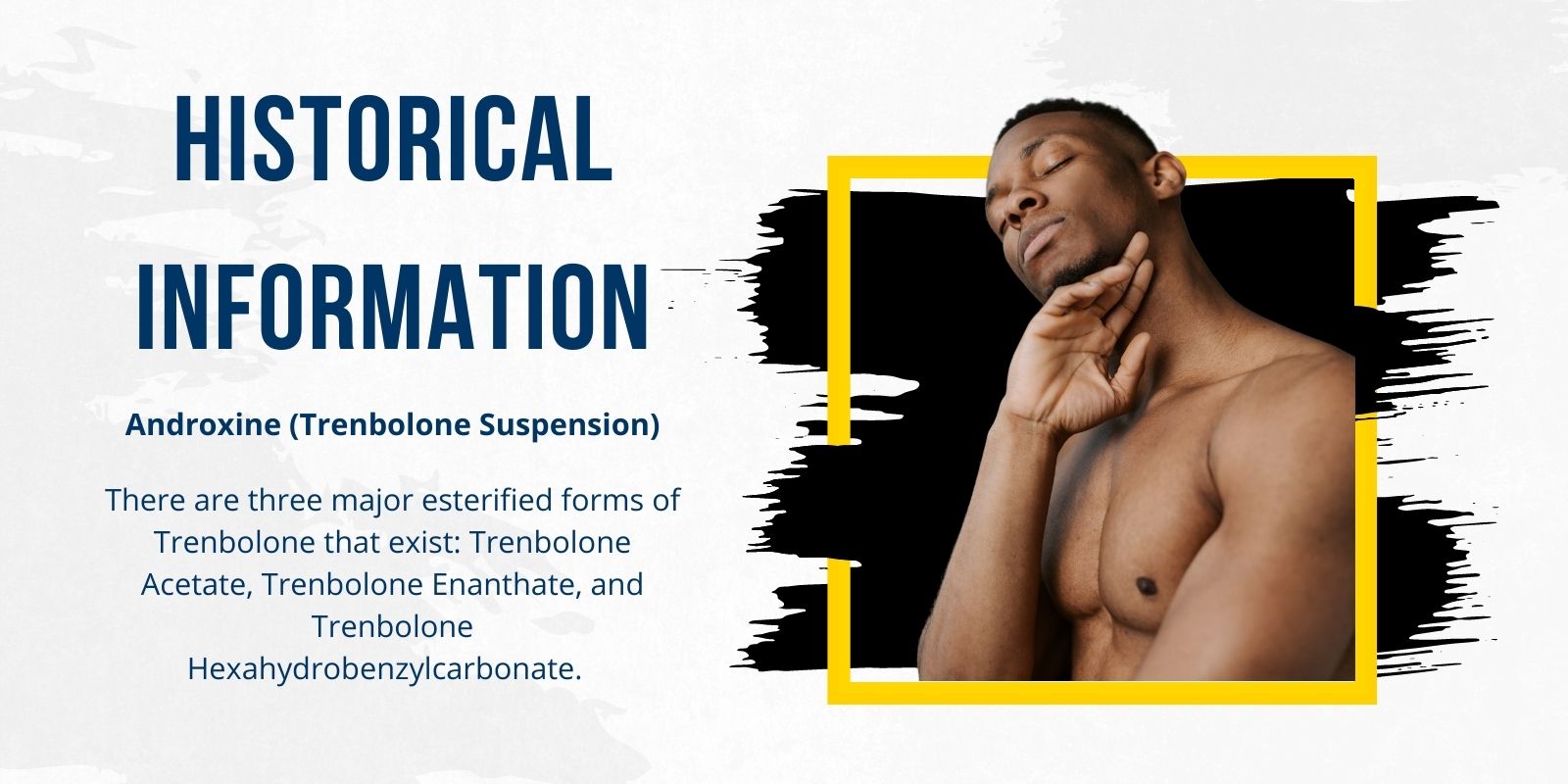 There are three major esterified forms of Trenbolone that exist: Trenbolone Acetate, Trenbolone Enanthate, and Trenbolone Hexahydrobenzylcarbonate.   The most popular and most widely used of the three is the fast-acting acetate variant.  Trenbolone’s history generally begins in 1967 where it was studied repeatedly in France by Roussel-UCLAF.  It was eventually picked up by Hosescht in England and manufactured in its acetate ester format, and sold under the brand name of Finajet. In France, Roussel marketed it as Finaject.  Both companies were in reality owned and operated by Roussel AG of Germany.  Both brand names of the same product (Trenbolone Acetate) were used on the prescription drug market as human grade medicines before they were discontinued and disapproved for use in humans towards the 1980s.  Trenbolone Hexahydrobenzylcarbonate was sold under the brand name Parabolan as well during this time before encountering the same fate as the other two in the 1990s. You may also like: Best Oral Steroids for Bodybuilding

Today, Tren remains officially utilized as a veterinary drug, mostly in the application of promoting mass in cattle used to provide food.  It remains a compound of interest to the medical industry; however, as scientific studies continue to continue with Trenbolone, with scientists discovering new applications for human use and recommending its re-introduction as a human grade medicine. To date, however, Trenbolone is still unapproved for human use by the FDA and all current Trenbolone products are generally underground lab (UGL) products.

The chemical modifications result in Trenbolone becoming dramatically more potent of an androgen and an anabolic than its progenitor hormone Nandrolone, or even Testosterone. Testosterone is used as the baseline reference by which all other anabolic steroids are measured against and compared to.  Androxine has both intense anabolic and androgenic effects.  Like its esterified brothers, Trenbolone Suspension is weakly active in the prostate and skin, so in the case of moderate doses, most users will not experience the loss of hair (unless predisposed to male pattern baldness), acne or oily skin.   Androxine requires control of the level of prolactin by the host athlete as it can affect the libido, but in most cases it grows significantly on the contrary.  More strongly expressed is the ability of Trenbolone stabilization of the androgen receptor on the surface of the cell nucleus which allows the user to judge its outstanding anabolic properties.  The androgenic properties of the suspension Androxine are significantly higher than those of the testosterone which implies the need for special attention of self-control in the athlete (most often used phenibut, glycine, and Valerian to relieve anxiety and improve sleep).  It should also be mentioned that Trenbolone has an outstanding property to stimulate the secretion of insulin-like growth factor.

●       An increase in the power with weight training;

●       Increases the levels of IGF-1 which is essential for growth and recovery;

●       Increased libido during the cycle and a significant drop after the cycle; 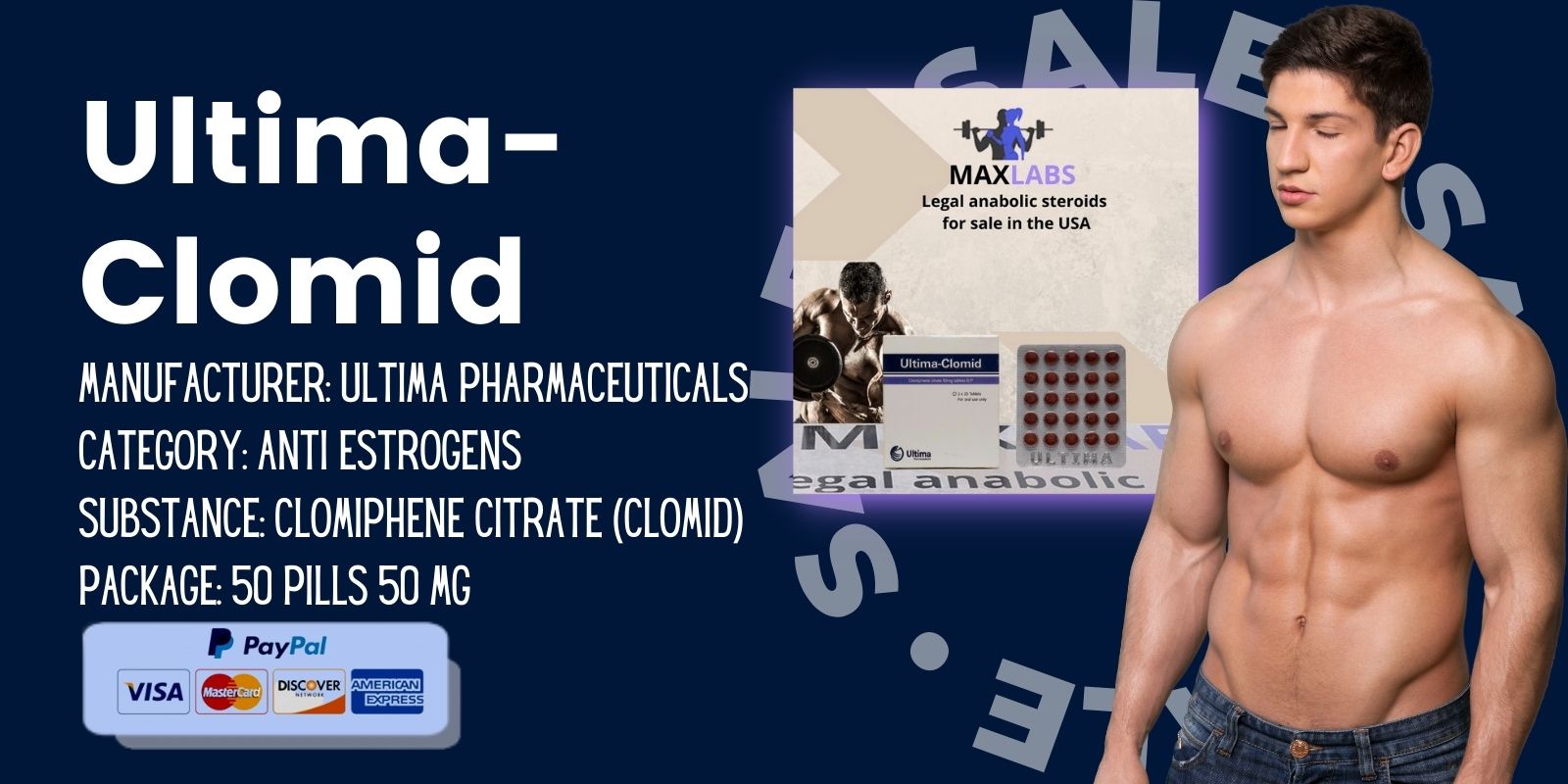 How to take Androxine (Trenbolone Suspension)?

Androxine is able to increase the level of prolactin in the blood. This circumstance may cause such unwanted effects as: the inhibition of synthesis of testosterone and suppressing sexual libido.  Androxine also has the ability to develop several unwanted side effects such as gynecomastia (man boobs).  This will vary from person to person and will depend on the dosage taken as well as the tolerance level of the user.

Trenbolone Suspension is inherent in both anabolic and androgenic properties, and according to this in predisposed people Androxine can cause appropriate manifestations in the form of oily skin, acne and baldness even without converting the drug into DHT.  Since the steroid is not exposed to 5-alpha reductase, and can independently cause the expression of the androgen receptor gene (according to research Wilson, V. S.; Lambright, C; Ostby, J; Gray Jr published in 2002 in the journal of Toxicology), the intake of 5-alpha reductase inhibitors will not reduce the androgenic effects of the drug.  Of course, not all Trenbolone users will get acne and/or oily skin.  With the use of a good daily anti-acne cleansing face wash, individuals can cut down on the risk of developing bouts of acne not only on the face, but also on the back and shoulders.

Any steroid, including Androxine, is able to change the ratio of blood lipids, increasing the risk of atherosclerosis.  Because of its strong structure and resistance to metabolism, trenbolone has a negative effect on the regulation of cholesterol levels by the liver.  According to the feedback law, Trenbolone Suspension inhibits the production of tropic hormones LH and FSH in the brain which inhibits the production of its own testosterone.  Without proper Post Cycle Therapy (PCT)  it will take 4 to 16 weeks for it to return to normal (in the case of very long cycles, medical intervention may be required).  The structure of Trenbolone and its highly androgenic properties lead to the fact that the drop in the level of own testosterone is more noticeable than when using other anabolic steroids, hence the use of HCG
on the cycle becomes an even more urgent solution and PCT is a vital necessity. 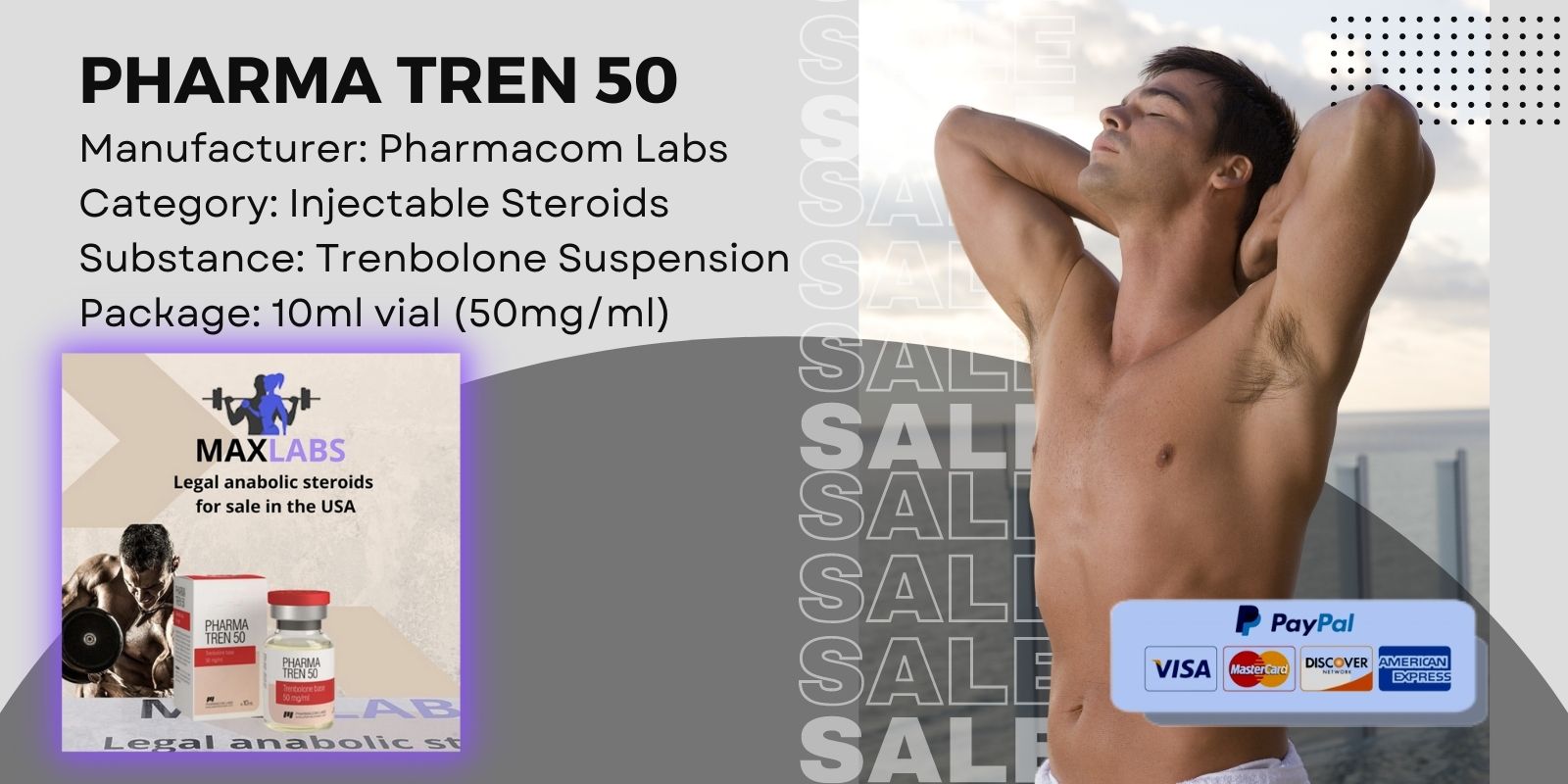 Post Cycle Therapy or PCT is a process used by bodybuilders and athletes once a steroid cycle is complete.  When an individual uses anabolic androgenic steroids, the body’s natural hormone levels are changed.  Most anabolic steroids suppress our natural testosterone production to one degree or another, and if the user is not careful, estrogen and progesterone levels can increase beyond a healthy range.  Then the user reaches the point where his/her cycle has come to an end.  When the user stops his/her steroid use, testosterone levels are still in a suppressed state, and it’s often recommended to stimulate natural production and let your body normalize.  While testosterone stimulation is the primary purpose, the normalization factor of a post cycle therapy plan is greatly important.

The primary purpose of post cycle therapy is to stimulate your natural production of testosterone and shorten or enhance the total recovery process.   Without a proper PCT plan, it could easily take a year or more for the body’s natural levels to recover, and this is not only stressful to the body, it can lead to numerous low testosterone symptoms.

When to Begin PCT

Regardless of your steroid use, a PCT plan will always include a Selective Estrogen Receptor Modulator (SERM), and Tamoxifen Citrate (Nolvadex) and Clomiphene Citrate (Clomid) will always be your best options. There is no need to use both at the same time.  Some choose to do so while others prefer to use one over the other.  We suggest to begin PCT three days after your last injection or oral steroid.  Whichever supplement you choose, PCT typically lasts up to four weeks.  Dosages of Nolvadex fall in the range of 40mg per day and Clomid at 50mg per day.  These doses are not set in stone and may vary from person to person.