Tamoxifen in bodybuilding: How to take during cycle 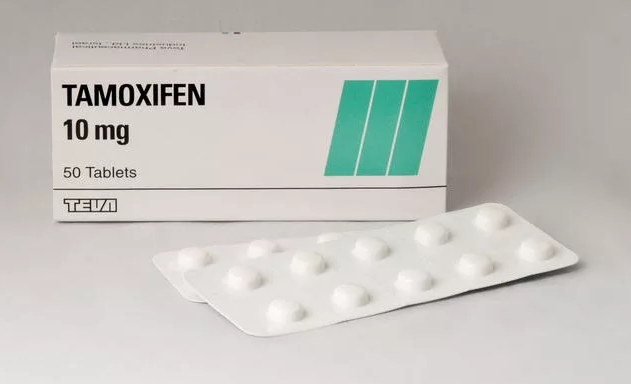 Tamoxifen in bodybuilding: How to take during cycle

We are going to touch on the topic of tamoxifen and why it is such a popular drug in bodybuilding. Many new steroid users wonder about the effects of this drug and its necessity during steroid use. We won’t go into all of the scientific details, but why is this breast cancer medication used so often in bodybuilding and how do you use it?

Tamoxifen action: the exact mechanism how it works

Basically, tamoxifen is an anti-estrogen or otherwise a Selective Estrogen Receptor Modulator (SERM). During a steroid cycle, any injectable testosterone, trenbolone or nandrolone steroid, as well as any oral Dianabol, Anadrol or Halotestin steroid, will decrease the body’s natural testosterone production in one way or another. Aromatizing steroids will convert androgen hormones into estrogen hormones, which increases the level of estradiol in the blood. Estradiol, in turn, causes water retention, high blood pressure, an increase in the mammary glands, and a decrease in the level of natural testosterone production.

Tamoxifen, or Nolvadex as it is commonly known to bodybuilders, is used to remove these side effects and restore hormonal balance after steroid use during a process called “post-cycle therapy” or PCT.

When taking Nolvadex for PCT, let’s see what effects of Tamoxifen you will be likely to experience:

Tamoxifen is also valued for protecting men against the formation of gynecomastia (male breasts) during the use of steroids. The mammary gland has receptors, which in some people are very sensitive and when they are exposed to anabolic steroids that increase estrogen levels in the body, these glands can swell, and gynecomastia will develop.

Nolvadex is one of the most effective drugs for reversing the effects of gynecomastia by blocking the action of estrogen and reducing the size of the breasts in men.

You may also like: Best Oral Steroids for Bodybuilding

How to take Tamoxifen Citrate after cycle?

Many beginner steroid users will ask how to take tamoxifen in bodybuilding after the cycle.

Well, the standard Nolvadex scheme of use for PCT is 20-40mg of tamoxifen per day for 2-4 weeks, depending on the steroids used in the cycle.

No divisions or separations are needed, you just taken one dose at the same time each day and wait for the result.

Tamoxifen is popular for budget steroid cycles. You can find out the cost of one package of tamoxifen for sale in our store in the tamoxifen category. Generally, one pack is enough for a month of continuous use.

There are several decisions that need to be made when planning steroid cycles without harmful effects to your body, including which steroids will be safest for you to use, the most tolerable dosage for your body, what size needle for steroids is required, how long the cycle length should be and what drugs you need to take for post-cycle therapy.

There’s a vast number of drugs available that bodybuilders have found to be helpful at maintaining and restoring hormone levels after steroid use. Nolvadex is usually at the top of the list when choosing drugs for PCT, but it may not always the best choice when it comes to PCT drugs, so you will need to determine yourself whether it is the best drug to be used after your steroid cycle.

The use of tamoxifen for PCT is often compared with another SERM called Clomiphene Citrate (Clomid). Both of these anti-estrogens are SERMs but they actually have a different effect in the body, but they both cause the same result: an increase in LH and FSH production. For this reason, bodybuilders often choose to use these drugs together for a more effective PCT.

One benefit of Clomid over Nolvadex for PCT is that it can be used after any steroid cycle. Whereas there are certain steroid cycles where tamoxifen will be ineffective to be used as PCT drug. These cycles include ones that contain drugs of a progestogenic nature such as Trenbolone or Nandrolone.

Some may argue that you need an aromatase inhibitor (AI) like Anastrozole during post-cycle therapy. However, the action of AIs is to block the action of the aromatase enzyme. This means they are extremely helpful at preventing the process of aromatization from occurring in the first place or stopping any further aromatization during the steroid cycle when symptoms start to show.

Therefore, in our opinion, the use of AIs like Anastrozole for PCT is not quite as effective after the cycle has ended.

Another drug that is often considered to be taken for PCT is the unique steroid, Mesterolone (Proviron). This anti-estrogen has a different action to tamoxifen, however. While the effects of Nolvadex are aimed at treating the side effects caused by high-estrogen levels, Proviron’s effects are aimed at treating the side effects of low testosterone levels, such as a decreased sperm count, low libido, and risk of infertility.

Most common side effects

Adverse effects of Nolvadex can come out only with individual intolerance to the drug or with an overdose. An overdose of tamoxifen is considered to be 80mg or more per day. In this case, tamoxifen side effects may include:

The Nolvadex adverse effects are mild and should subside after the use of the drug is stopped.

In bodybuilding, taking tamoxifen is common and has been for a long time, it’s even taken after steroid use in Hollywood. This is because the drug is time-tested and works well with most anabolic steroids. As Nolvadex reviews prove, 95% of users respond positively to tamoxifen and use it regularly for their post-cycle therapy.

11 Comments on Tamoxifen in bodybuilding: How to take during cycle

I’ve been on Tamoxifen in bodybuilding for years and I have to say, my fitness life has changed immensely. The effects of Novaldex for PCT are incredible. It has Anti-estrogenic effect which helps me restore my testosterone levels to an optimal place. The benefits of Tamoxifen is way more than just losing excess estrogen. I’ve felt stronger, more protected, and more confident than ever. I’m excited to be on my own natural hormone levels now.

Tamoxifen is a great product that I have used and can vouch for. It’s almost impossible to stop when you start to see the changes it has made in your body. I took Tamoxifen in bodybuilding and saw amazing results right away, so it’s not just something to try for a week or two. Tamoxifen action as anti-estrogenic after my testosterone cycle.

Nolvadex or Tamoxifen in bodybuilding is undoubtedly genuine. Bought for a friend who struggles with gunk. Taking Tamoxifen citrate of 20 mg every day for 4-5 weeks later, no more gyno. Nolvadex for PCT is also very important to use after a cycle.

I’ve been using Tamoxifen for a while. Initially, it reduced some sweeping and some of the traditional man boob appearance. However, at the end of the second month, I had reached a steady plateau and decided to boost my dosage. In reflection, I think the tablets are around half or somewhat less than the recommended dose because they produced a much more desirable impact and increased my chest size. However, it’s still a decent deal given the cost. The effects of Nolvadex on my man boob appearance were much more pronounced and noticeable. I’m not sure if the drug is still effective or if it’s just a placebo effect but either way, I reckon it was worth it.

I am now on my post-cycle therapy and I have already noticed some benefits of Tamoxifen First, my energy levels have increased and I am sleeping better at night. I have also noticed that my muscles are starting to feel stronger and my recovery time after workouts has decreased. The adverse effect of Nolvadex effect I have experienced so far is mild nausea, but that has only been a problem on days when I take it on an empty stomach.

Nolvadex or Tamoxifen in bodybuilding is undoubtedly genuine. Bought for a friend who struggles with gunk. Taking Tamoxifen citrate of 20 mg every day for 4-5 weeks later, no more gyno. Nolvadex for PCT is also very important to use after a cycle.

“If you’re looking for a Tamoxifen alternative, Clomid is a great choice. It’s just as effective as Tamoxifen, but with fewer side effects. In terms of effectiveness of Tamoxifen vs Clomid, it’s hard to say. Some women respond better to Tamoxifen than Clomid, while others respond better to Clomid. It may take a few months for you to see how well either drug works for you.

I just finished my first cycle of PCT and wanted to say that Tamoxifen is the best product that I used. I did not have many tamoxifen side effects, so it was easy to take. I’ve tried reading reviews about Tamoxifen vs Anastrozole, and other estrogen-blocking products, but they often mention the same side effects that I experienced and I did not experience them. I am now ready to start my second cycle of PCT and will continue to taking Tamoxifen.

I have been using Tamoxifen for over a year now and I couldn’t imagine my PCT without it. I know that a lot of people say that they don’t need to use Tamoxifen, but trust me, you do. I am seeing a lot of comparison with Tamoxifen vs Clomid when it comes to post cycle therapy product. But for me there’s no other Tamoxifen alternatives you can use.

I am on Tamoxifen Citrate after cycle. Combining it with hCG I believe the mesterolone in it helped to hold some mass and that it seems to have maintained my sex desire. All of this to me indicates that it is a decent PCT product. I was experiencing some gynecomastia flare-up when I went off, but it appears to have lessened now when taking this in the presence of hCG. Overall, Tamoxifen for gynecomastia is a good thing.